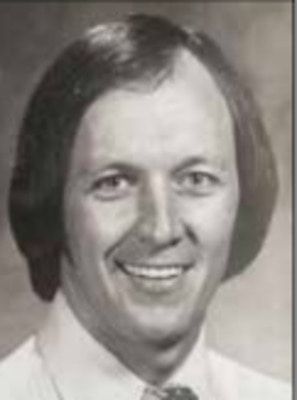 Edward K. Boykin, 71, was born in Honey Grove, Texas, on April 19, 1950, to Jimmy and Myrtie (Phillips) Boykin. He left his earthly home on February 4, 2022, at the Honey Grove Nursing Center after a long struggle with dementia and eventually other health problems. Services will be held on Monday, February 7, with visitation at 2:00 p.m. and the funeral to follow at 3:00 p.m. at the Cooper-Sorrells funeral home in Honey Grove, Texas, with burial at the Hickory Grove Cemetery with the Rev. Terry Paul Cunningham and friend, Thump Witcher, giving the eulogies. His survivors include his wife, Donna J. Boykin, of Petty, who he wed on May 22, 1976, in Paris, Texas, building a life of four-plus decades together. They were not blessed with biological children, but their lives were enriched to have many kids who were and are still important in their lives to this day, including Corky and Leslie Lees, Brad and Scott Snell, their spouses and their children, his brother and sister-in-law, Jim and Carol Boykin of Petty, his nephew, Matt, and Heather Boykin and their daughter, Caroline, of Sherman, Texas, his brother-in-law, Monte Jones of Plano, niece, Kayla, and Josh Juneau, Summer and Hunter, niece, Heather, and Brett Scroggins, Sofi and Eli and a host of extended family members and friends along with his Crossland family, Shane, Julie, Lucas and Kamryn who enjoyed and treasured him even in his most difficult times. Also, Dale Gaither never failed to help when help was needed. He was preceded in death by his parents and his in-laws, Billy and Jean Jones, and a brother-in-law, Russell Jones, all of Petty. A graduate of West Lamar High School, he was an outstanding athlete and a pretty boy. The girls and boys both enjoyed his personality and good looks. He graduated from Paris Junior College and attended East Texas State College, now Texas A&M Commerce. Edward was a country boy at heart, with an infectious laugh, who loved and respected the life he learned to enjoy growing up as a farmer’s son and eventually excelled in the agricultural field by helping others with recommendations as a Texas Certified Seed Advisor. He was knowledgeable and his opinion was respected by many. Ed spent many hours at the research farm in Greenville, Mississippi while working for Terra and Croplan Genetics. He also planted test plots with the help of his farmer friends and customers in Louisiana, Arkansas, and his beloved home state of Texas and gained greater knowledge in what worked best for the various soils and environments, enjoying every minute of the process. He also enjoyed owning and raising beef cattle and never tired of working on a fence or securing hay for the winter. He was known for having a great work ethic and a beautiful lawn that looked like a golf course and dared any kid or adult to make tracks in it. It was his pride and joy and he spent season after season watering, fertilizing, and mowing. How he loved to mow. Edward was also an adventurous man who had many interesting hobbies including collecting coins, hunting arrowheads, fishing, deer and predator hunting, using a metal detector to find treasures, or digging in old dump grounds for collectible, antique bottles. In his later years as his mind began to wander, he reminisced often about the White Rock Methodist Church, the love he had for his parents, and was always very proud to announce he was a ‘50 model Chevy. He was a great friend to many and will be missed by all that knew and loved him. His family wishes to thank the Honey Grove Nursing Home’s loving staff and especially, Sarah Talley, who loved him as if he was her own. Thanks also to Platinum Hospice’s staff and his nurse, Rachel Wood. In place of flowers, if desired, donations can be made to the Hickory Grove Cemetery, Petty Fellowship Association, or a charity of your choice. Pallbearers will be Corky Lees, Matt Boykin, Brad Snell, Scott Snell, Shane Crossland, and Lucas Crossland. Honorary pallbearers are Fred Fore, Ricky Snell, Thump Witcher, Randy Whitten, Robert Charles, and his long-time hunting companion, John Mowery.