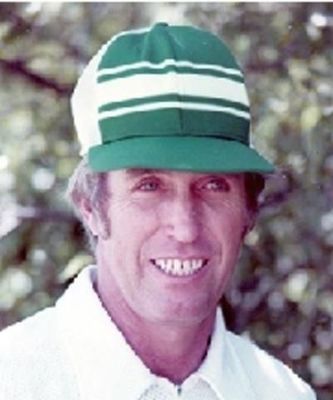 Euless Marcellous (Mark) Giddens was born on February 21, 1935, at the home of his grandparents in Roxton. He passed away July 21, 2020. “Mark” as he was known, was preceded in death by his parents and infant son. Surviving him are his wife, Nelda Giddens of Dallas; daughters Jeanie Vaughn and husband Danny Vaughn of Rowlett, and Gail Giddens of Grand Prairie;, and his precious grandchildren, Taylor and Tanner Vaughn, both of Rockwall.
Mark attended Roxton Elementary and Enloe High Schools, where he was a member of the “Fabulous Five” basketball team. He was a member of the Church of Christ. On May 31, 1958, he married Nelda Carter in Paris. In 1962, he graduated from East Texas State University with a Master’s Degree in Education.
Mark taught in Seagoville until he joined the Army. His first assignment was in Fort Chaffee, Arkansas. From there, he was sent to Fort Lee, Virginia. While at Fort Lee, he and Nelda visited many historical sites, and they briefly lived in the servant’s quarters of a mansion where Robert E. Lee and Ulysses S. Grant once met. Mark was on track to join Graves and Restoration at the National Cemetery, and then was assigned to Fort Riley, Kansas.
After the army, he became the P.E. Teacher at Kiest Elementary in Dallas ISD, where his daughters were attending school. He then became the basketball, football, and baseball coach at Hill Middle School. From Hill he went to Bryan Adams High School where he crossed paths with Jeanie and Gail again. At Bryan Adams, Mark was a basketball, baseball, and football coach, and taught government, health, and history. He was also “the driver ed teacher.” He was a proud and much loved faculty member at these schools, especially at Bryan Adams, where he made many friends.
Mark was a man of many trades; over his lifetime he was a carpenter, airplane painter, ESL teacher, referee, park manager, swimming pool manager, Bryan Adams security guard, encyclopedia salesman, census taker, Cotton field surveyor, florist delivery driver, and roofer, with his best friends Bobby Jack and Don. He also worked part time for the Dallas Chaparrals. Most of these jobs supplemented his teacher and coach salary and helped to put his daughters through college.
After retirement, Mark had many fun times with his family, including trips to the Grand Canyon, Disney World, Washington D.C., and many others. He loved spending time with Taylor and Tanner, and he and Nelda never missed a baseball game, volleyball game, softball game, or band concert. They even made several trips to Lubbock to see Taylor perform with the Goin’ Band from Raiderland. After retirement, he also enjoyed going to the car auction with his son-in-law and brother-in-law, Windel Carter.
Mark spent his last days at the Villages of Lake Highlands, where he was known as “Coach Giddens.” He knew everyone there and everyone knew him, because he never met a stranger. The staff treated him with great care and his family is so thankful for them.
Graveside services were held July 24 Restland Cemetery in Roxton..