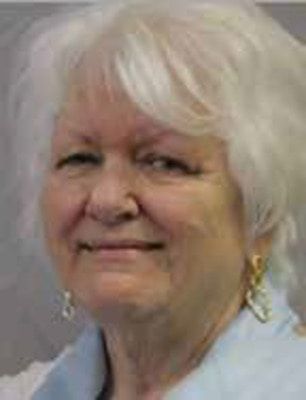 Born December 3, 1947, in California at Coronado Naval Station to Earl Weathersby and Minna McBee Weathersby. Alexis lived all over the US, as well as Germany, but she considered Roxton her home. She told stories of the earthquake in Alaska in 1964, flying over Kansas in a tornado, walking to school in the snow uphill both ways, and being chased by a moose. To ask her, she was always the good kid. Alexis met the love of her life Memorial Day weekend 1969 and married Jennings Osborne June 21, 1969. Married for 52 years they endured the test of time. Alexis graduated from College in the early 80s. Teaching was her passion. Her love for her students still stands today. She cared for them as her own. Some were and still are considered family. Alexis fought a good fight and died peacefully in her sleep April 19, 2021. She is survived in death by her devoted husband J Osborne, her children; Matt Conlee, Jennifer Warford, Jarrette Dobbs. Her grandchildren; Natassia and Evan Conlee, Jeffrey and Heather Lang, Skyler and Rylee Dobbs. Her great grandchildren; Jefferson, Lincoln, and Theodore Lang, and Waylon O’Rear. The second oldest of her four siblings she is also survived by Jeanee Tuley, Rebecca Bass, and Howard Weathersby. She will always be remembered and cherished as J’s princess, a wonderful mother, honored teacher, caring friend, and respected Eastern Star Sister who loved the Masonic organization since her teen years. Services were held April 23 at the National Cemetery in Bushnell, Florida.